Trending
You are at:Home»ARTICLES»Nanodiamonds market
By admin on September 28, 2016 ARTICLES, ISSUE 42, SUBSCRIPTION CONTENT

The low-cost, large-scale production of nanodiamonds is leading to new applications in coatings, electronics manufacturing and biomedicine.

Nanodiamonds (NDs), also called detonation diamonds (DND) or ultradispersed diamonds (UDD), are relatively easy and inexpensive to produce, and have moved towards large-scale commercialization due to their excellent mechanical, optical and thermal properties, high surface areas and tunable surface structures and chemical stability. They are also non-toxic, making them suitable for application in biomedicine. Nanodiamond powder was first discovered in 1963 in the Soviet Union, but it is only in the last few years that large-scale production has come to the fore.

Based upon their primary particle sizes, nanodiamonds have been classified into: 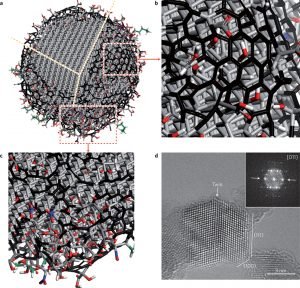 Properties that are desirable for industrial application in areas such as polishing, coatings, lubricants, composites, catalysts and biomedicine (drug delivery, bioimaging, tissue engineering, implants) include:

Nanodiamonds can also maintain most of their properties upon surface functionalization (such as fluorescence and biocompatibility). Their surface can readily be functionalized with a diversity of surface groups which allow attachment of organic, inorganic or biochemical molecules and species imparting distinctive properties for numerous applications.

Synthesis of nanodiamonds
Types of NDs produced are categorized as high-pressure high-temperature (HPHT), CVD diamond and detonation nanodiamonds (DND). DNDs are the most widely produced due to their inexpensive synthesis and are the main focus of this market review.
NDs are typically synthesised using the detonation method (when sub-10 nm NDs are
required), via detonation of carbon-containing explosives in a cylindicral steel chamber.2 Explosives with a negative oxygen balance (for example a mix of 60 wt% TNT (C6H2(NO2)3CH3) and 40 wt.% hexogen (C3H6N6O6)) are detonated in a closed metallic chamber in an atmosphere of N2, CO2 and liquid or solid H2O. 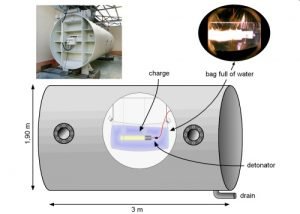 After detonation, diamond-containing soot is collected from the bottom and the walls of the chamber. Purification is needed and further processing involves:

The main advantage of HPHT nanodiamonds over detonation nanodiamonds is their uniform structure with low concentration of lattice defects such as dislocations or twinning. Both CVD and HPHT nanodiamonds demonstrate the ability to stably host various colour centers for application in sensors, photonics, spintronics, quantum computing and electronics applications. Recent synthesis methods for NDs involve laser ablation, that display good results for ND disaggregation and production of stable dispersions.3 4

As with most nanomaterials, despite their unique properties and scalable production methods, the wider use of nanodiamonds is hindered by familiar problems, including:• Consistent quality of nanodiamonds produced differs greatly from supplier to supplier, and by region. This has been attributed to the uncontrolled character of the existing technology for nanodiamond fabrication, based on the detonation method. There is yet to be developed a consistent and controlled method for producing homogeneous nanodiamonds.• Aggregation and dispersion issues. • Need for greater understanding of properties of nanodiamonds, on an application by application basis. • Lack of current products utilizing nanodiamonds.

The market for nanodiamonds is growing, especially for biomedical applications and research, and there are a number of producers. Main producers include: 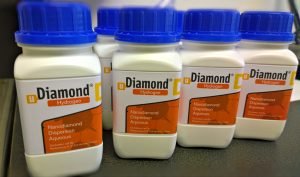 www.nanodiaproducts.com
The company was founded in 2009. The company produces nanodiamond suspensions. Products include NanoEndures additives for enhancing wear resistance and for diamond abrasives.

www.nanodiamond.co.il
The company is producing nanodiamonds based on proprietary technology for the laser treating of specially prepared targets containing carbon soot mixed within hydrocarbon media. This technology is in contrast to the traditional technology of nanodiamond synthesis by detonation of explosives in metal reactors.

5. The properties and applications of nanodiamonds, http://www.nature.com/nnano/journal/v7/n1/abs/nnano.2011.209.html